The internet gets mad, and quite frankly they have every reason to get mad, at Deep Silver…..

The Days After the Announcement

Perhaps unsurprisingly most of the outrage started on Reddit. A vocal group of Steam fanatics praising the platform, saying they’d never buy elsewhere and that EPIC Games was being predatory. Charts between Steam and the EPIC Games Store comparing the respective platform features were in both hot and trending, and the general sentiment was that EPIC were crazy if they thought they could topple Steam. This wasn’t ‘pro consumer choice’, all it did was lock users into a new platform, one they didn’t like and one they didn’t want to support. With that in mind let’s look at the top three complaints I saw as an argument against the EPIC Games Store (in no particular order).

Steam originally launched on 12 September 2003 (which as I side note I had to download to update to CS 1.6). Their refund policy launched in June 2015, a whole 12 years after the store front’s launch. Two years later in 2017, we were still fighting for a strong refund policy from a platform who had monopolized the market for over a decade and wiped out physical sales of PC based games. With a user base the size of theirs Steam were still able to hold out on providing proper customer service, which is a legal requirement in many countries, for over a decade.

The EPIC Games Store does not support ‘my region’ for purchases

12 years isn’t that long…right? So I guess waiting until mid-November in 2018 is an appropriate amount of time for Australian Dollar support? Oh, and because shipping digital products is so costly let’s add some geographic inflation while we are at it, because, apparently that is OK too. (Yes I’m Australian, and yes this is still slightly annoying…)

I will concede that cloud saving is great, it still took until 2012 to mature and despite this many developers, particularly indie developers, do not implement the feature. So while this is definitely a nice to have ‘quality-of-life’ experience this is not standard across the store.

So if Valve aren’t perfect either why should I stop hating on EPIC Games I hear you ask? Aside from me wanting to fill the world with positive thoughts and actions; EPIC Games has time to implement these features. Granted no where near as long as Steam did but rest assured there would be engineers over at EPIC working on these very solutions now (I hope!).

With that being said EPIC Games will need to do a few things to ensure that they are a reliable and safe store to use in future and as a game consumer I would like to see.

This is a must-have for any global business and quite frankly the more we see it (hopefully) the more these sorts of consumer based rights filter into other markets.

It’s OK not to have everything out right away, but having some community feedback to signal what features are high priority to the team at EPIC would be nice. What if cloud saves were coming in 2020 and more sales regions were being negotiated as we speak? If there were a measured effort being made perhaps this wouldn’t seem like such a predatory move. For me personally refunds are top of my list.

To be fair I can see why EPIC Games want to get into the games market. Steam has seen a very small, but none-the-less, visible decline of players in western markets. Sergey Galyonkin chalks that up to market saturation for the most part. But I suspect that as newer generations of gamer’s find their interests in other stores and platforms that there are huge opportunities for platform growth. With approximately 200 million players currently using the EPIC Games Store for Fortnite alone, if only 2.5% had made Fortnite their first game (and I suspect given the audience it might be more than that) there would be a cool half a million potential buyers. If these users are comfortable in the EPIC ecosystem and turning into young adults with income what better time to become the face of their game purchasing habits?

I don’t think anyone really expects the EPIC Games Store to be a Steam killer, I don’t even want it to be. Between GOG, itch.io, Uplay, Origin, Humble, the Battle.net App, and let’s not forget, the Playstation Store, the Xbox Store and the Nintendo eShop players already have a multitude of choice. It would be unfair to criticize EPIC Games for their exclusivity deals when a large part of Sony’s success is to either cultivate or purchase exclusives that make their platform extremely attractive despite a less technically capable console than the Xbox One X provides (and don’t even get me started on cross-play). It’s almost a given for consoles, and part of what makes the imagined console-wars so strongly contested. If we outright expect console manufacturers to scoop up hot exclusives, or do whatever they can to get them on their platform as well, should be really not be so shocked it is starting to happen on PC?

We all know timed exclusives suck, but the more we support multiple platform owners the more that space grows. If Steam notice their market being cut up by lots of smaller players they need to find ways to adapt and provide value other than having a sale every second week. That innovation then leaks out into the smaller stores as they can absorb that technical capacity and we then we see more benefit as consumers.

I can understand being upset about a publisher pulling the rug out from under you after having pre-ordered a game. Deep Silver should have have taken the money (or less money) and stayed loyal to their players who helped fund the game by pre-ordering. But can you blame EPIC Games for giving it a good shot? They have 3 billion in profit to burn and, contrary to popular opinion, it’s pretty hard to make money in games so throwing some at a publisher or developer is a good way to on-board them.

If you don’t want to support the practices surrounding Metro Exodus then more power to you. Standing up for what you believe in, and doing so by not paying for something, is a great way to show that support. But as EPIC Games alters their approach to games sales, and they will, think about giving them a shot. If you don’t ever want to shop with EPIC try other storefronts that provide fantastic opportunities to buy games. GOG and Humble do great work with their DRM Free and charity supported sales respectively. Being pro consumer choice also means occasionally straying away from the giant company that monopolizes your industry, and pays your indies a pretty average cut.

At the end of the day, as long as we are all having fun, isn’t that what matters?

Let's take a deep dive and work out if calculating square root is expensive or if it is just an excuse for micro-optimisation. 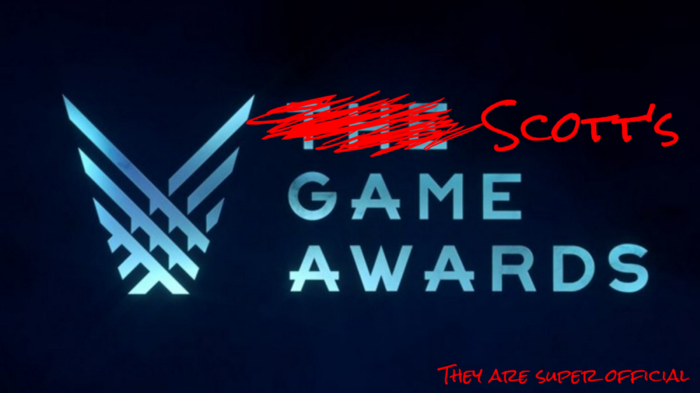 Do GOTY Lists REALLY Suck? What is their real purpose and what did I learn from building mine this year?