In this article I explore how Blizzard’s Role Queue patch for Overwatch changed player behaviour by reducing player choice but making those choices much more empowering.

Don’t ever let someone take away your happiness, because it was never theirs to take

In games, particularly when narrative is involved, developers have lots of tools at their disposal to help guide the player to feel a certain way. From level and sound design, to dialogue and story all the way down to mechanics. In some cases players may lose or gain abilities if it helps inform narrative or provide weight to a given context.

I’d argue most game developers instinctively lean on the side of giving players new features or abilities, rather than taking them away. I love this tweet which perfectly captures this idea.

Instead of taking away the players opportunity of getting a cool moment, and actually letting them die, the Bioshock developers gave the player a new opportunity to have a cool edge-of-your-seat moment. However there are times when players have things taken from them by accident.

Let’s look at an example fictitious card game, in this game players can draw from a blind deck (like the Chance deck in Monopoly) and the drawn card must be played immediately. Our fake card game is supposed to be a relaxed, short, 15 minute game and during this game a player draws the following card.

On the surface this card seems pretty benign used properly it could completely turn a game on it’s head but otherwise it’s just a regular mechanic. Right…?

Let’s say I’m about to win the game, I’ve set up all the conditions for my victory and I just need to wait for my turn to play a card. I’m playing with a friend, Jakob. He’s utterly defeated, there is no way he can come back from defeat, but he’s fortunate enough to pick up this card. Despite a group of four playing he uses this card on me to take away my win condition, even though the card he is taking is of no use to him. Is that a fair move? Totally! Was it a nice move? Not really. But more importantly I feel cheated. The game took something away from me, that despite being in the rules, felt cheap. It didn’t reward my skill (and maybe a bit of luck) to get a win condition, but it made it very easy to take it away. If the intention of this card game is to illicit that sort of emotion then it succeeded, but this game card is supposed to be fun. Now I just don’t want to play anymore, especially with Jakob. What happens if we tweak the card just a little bit?

Pick a player of your choice and take a random card from their hand.

Jakob is still just being a classic Jakob. He can’t win but he’s going to pick me anyway, he always does. But at least he hasn’t seen my cards, he doesn’t even know if I can win this turn. Maybe if I shuffle the cards well or move them around he won’t pick my card. Argh! Of all the cards in my hand he picked that one.

I’m still annoyed, Jakob was trying to force me to lose but this feels less cheap, assuming I had 5 or so cards in my hand that’s pretty unlucky for me. He only had a 20% chance to pick the right card, oh well, maybe I’ll get lucky next turn.

But we can go even further with concept, what if the card read something like below?

Pick the player the your left and take a random card from their hand.

It just so happens I am to Jakob’s left, he gets lucky and picks the card I needed to win despite shuffling. I’m still annoyed but I got unlucky twice, both being seated next to Jakob (who despite losing I am pretty sure is trying to cheat) and he got lucky picking the card I needed to win. It’s not cheap anymore I am just subject to the random nature of the deck.

The difference between the first and the last card is that Jakob has the option to punish me and take something from me. Again, this might be your goal, in a card game it could very well be a mechanic designed to illicit such an emotion. So how can we apply all of this to the Overwatch Role Queue patch?

At the time of writing Overwatch currently has 31 heroes and a team size of 6 players. Before Role Queue was introduced players could pick any of the 31 heroes on offer as long as it was not already being played by a team-mate.

This interaction lead to a few problems, most notably the GOATS meta, but it had a weird side effect of making for a really toxic competitive environment. It wasn’t until the introduction of role queue that I could see how allowing players to pick any hero in the roster was actually taking away meaningful decisions from the player.

Let’s unpack this idea a bit, why is more choice bad? For the sake of simplicity I am going to make some broad assumptions that are both downright wrong for all competitive multiplayer games, but especially Overwatch. I am going to assume that all heroes are equally viable on all maps and that players have no preference for which hero they play. I’m doing this because math is hard and I want to make it as simple on myself as possible. For posterity that “hard” math is below:

With that disclaimer out of the way, and assuming a fair distribution of hero selection, in the pre-Role Queue Overwatch I had an astounding 40% probability of having another player picking the same hero as me! Despite the large(ish) hero pool to select from I also have a large player pool looking at locking in the same potential hero as me. I don’t like those odds at all. That also assumes I have no bias on heroes I actually enjoy, in reality I probably only play 3 or 4 well, if they are on-meta picks I am in BIG trouble.

Raw numbers aside this has a huge effect on player morale. Being able to pick from a list of heroes with more confidence is hugely important. But more important is letting the player pick their role from the queue screen. The issue with Overwatch was always whether or not you’d get to play your chosen role, let alone your chosen hero. Queuing as a flex Damage was always a game of rolling the dice and hoping you either picked your hero fast enough, or the others in your team wanted to Support or Tank. It forced players into roles they either weren’t comfortable in or couldn’t play effectively at their given rank. In a post-Role Queue Overwatch I may get my top hero preference taken, but at least I get to continue playing my role.

Not getting a player’s preferred role made them hostile, I feel in most part, because they felt as if their option for playing the game the way they wanted was being taken away. By giving free reign across all hero picks Blizzard removed the ability for players to lock in their desired role and see it through. Whatever you wanted to do was meaningless if your team had other ideas about the heroes they were playing. In essence another person taking either your hero or role from you made it feel as if they were taking something from it. It often manifested poorly, as we saw in our example earlier in the article.

In a weird way the introduction of Role Queue also gave players the ability to actually try out different roles in competitive, giving them a larger scope of possibility for their given play session. Whether it is the Endowed Progress Effect at work, or players feeling strongly about their rank, the pre-Queue Role Overwatch meant that experimenting in ranked either required a second account, or a willingness to lose, and to lose in an environment where people were going to be pretty mad.

By breaking roles into their own queues (and providing their own ranks) limiting hero selection has vastly opened up opportunities for players to learn and to play a secondary role at a skill level where they can have fun matches against peers of a similar skill level.

Blizzard has been very methodical with their approach to balancing Overwatch. They have reworked one of the heroes significantly (twice) to try and make them relevant and reassessed the ability for teams to select multiple of the same hero, which lead to some hilarious, if imbalanced game-play.

The game seems hampered by a small hero pool, in MOBA’s where the hero pool often exceeds 100 heroes developers seem more reactive to community feedback and are willing to change heroes as required. With such a vast hero pool there is almost always likely to be a viable counter available in these sorts of games. With Overwatch that hasn’t always been the case. Role Queue has clearly been a long time coming, and I think in many respects it took so long because Blizzard didn’t want to see another GOATS meta problem. Maybe the Overwatch League makes patching the game regularly an issue, perhaps the bi-product of a role lock was forcing a 2–2–2 composition again which has made the game feel fresh and exciting.

Either way I feel like Overwatch has had a new lease on life since the Role Queue came in, I’ve had some extremely meaningful games and had a great community to play with so I hope this continues into the future. The net positive effect it has had on the community and the quality of the product is amazing. To think by letting people have more choice they were actually taking something away from us without knowing it…

Which games held my attention in 2019? See what makes me tick outside of technical projects. 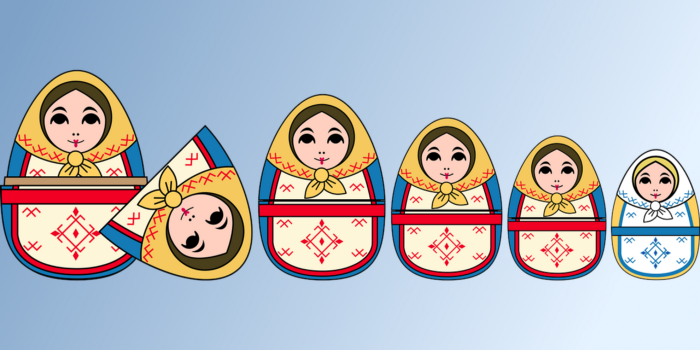 This article is intended for novice programmers who are looking at using Unity in a repeatable and less tightly coupled way than they currently are.